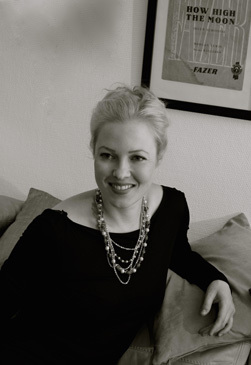 Before delving into jazz, singer-songwriter Tuula Kolehmainen was invested in rhythm and blues, from the genre’s roots all the way to soul and newer R&B music. In the early 2000s Tuula released her own rhythm and blues album. Eventually, the harsh nature of the music business caused Tuula to end up losing her passion for music, and she spend years doing background vocals for Finnish top artists. Jazz and the gang of Greyhound aided her rediscovery of the joy in music. For Tuula, jazz from 1930s to 1960s was a natural transition back in time in the history of Afro-American music from the R&B she had been invested in previously. Since then, Tuula has been a passionate student of jazz singing, and is eager to advance in this demanding genre of music.